In the Hebrew slang dictionary I find under the term "Zula" :
A hiding place where one can relax and rest.
"The nargila's ( hooka)  smell disturbes my folks so I smoke in the back yard - What a zula..."
A zula usually resembles  an eastern atmosphere:Lots of rugs and cushions.
I decided to combine a bit of decadence with eastern flair , a tribute to Gustav Klimt and eastern splendor.
Is it a hiding place for Paul Newman and the kid Robert Redfort?
Is it an Art Nouveau upgraded into the twentieth century?

It should be a fun place where you can smoke your Nargila, drink beer and anoccasional game of cards.

Don't catch me on that, I never knew how to play cards myself...
On the whole the general impression is a bit heavy.it might be the wallpaper what do you think? 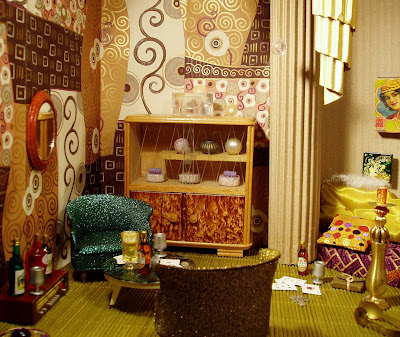 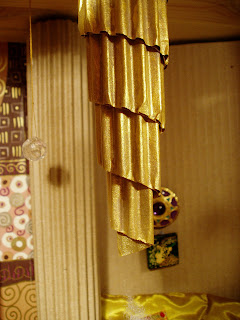 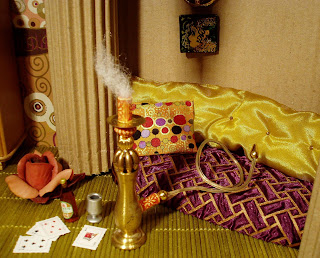 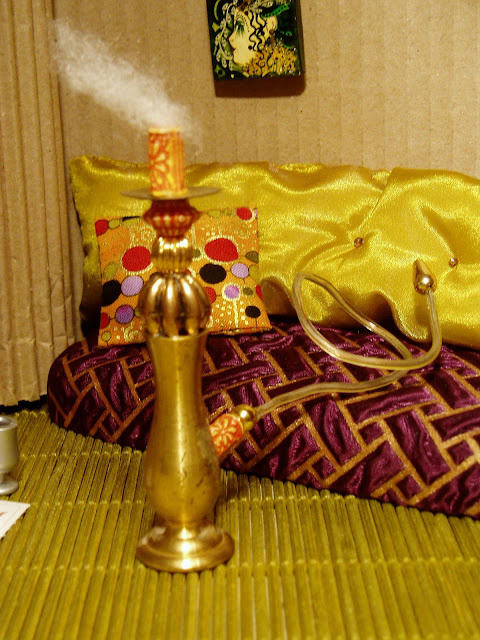 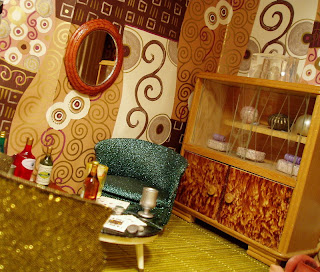 I took photos outside- there is nothing better for authentic look than open air..... Still the reality color-wise lays somewhere in between..... 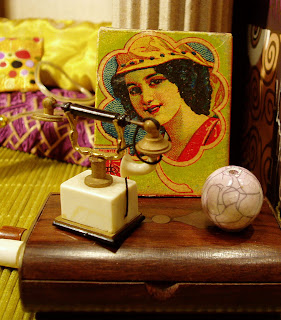 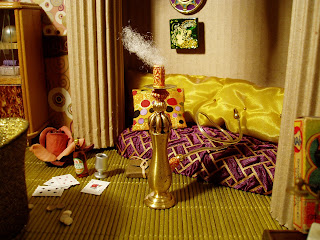 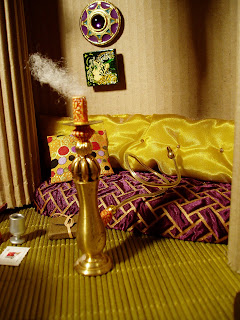 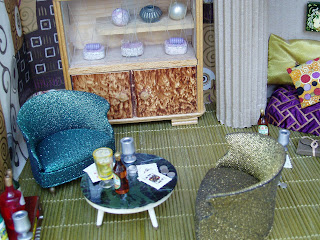 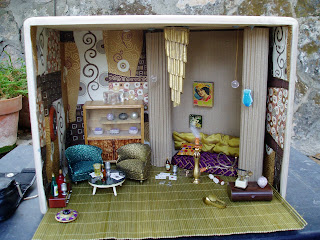